I work in series. It’s a way for me to use a concept, process or technique and experiment with all the possible variables of those working parts. Generally, I come to an end with a series when I feel satisfied in my exploration or when the series evolves and changes so much that it develops into something completely new, occasionally I revisit a series years later with new inspiration.

I’ve been working in my Bone Series taking inspiration from the forms, textures and structures of bones for many years now with many different results. I don’t think that I’m anywhere close to being done with this exploration but I do think that I’ve created a second generation of this series- which seems weird to me.

When I was at my residency at the Buffalo Creek Art Center and I was experimenting with porcelain, I wasn’t really trying to make something, I was just experimenting with new materials and seeing how far I could push them. What I ended up with was what I’m now nicknaming the Gen 2 of my Bone Series.

Take a look at these two pieces side by side. The one on the left is from 2015 and was used in an In the Field Installation on a shipwreck in the Atlantic Ocean, it’s made from stoneware with a matte white glaze and has high temperature wire ‘tentacles’.  The one on the right is from last month, made from extremely thin porcelain, no glaze and also has high temperature wire ‘tentacles’. The two are totally different and totally the same. I’ve never had this happen in a series before and I’m not sure where this will lead but I really like the way it’s going so I’m going to follow… 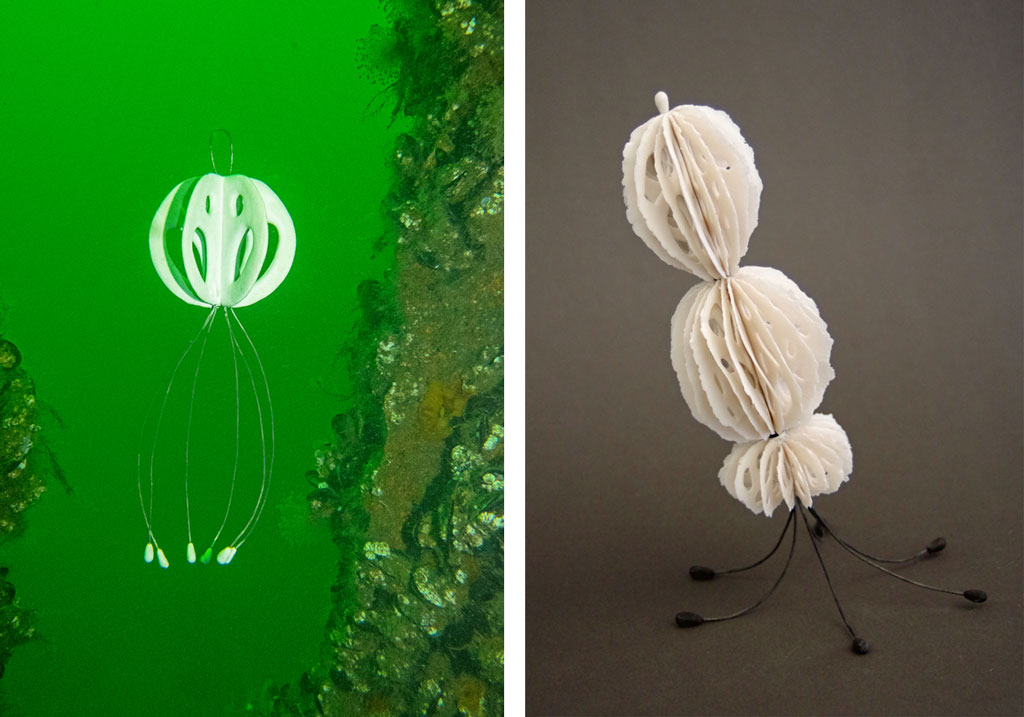