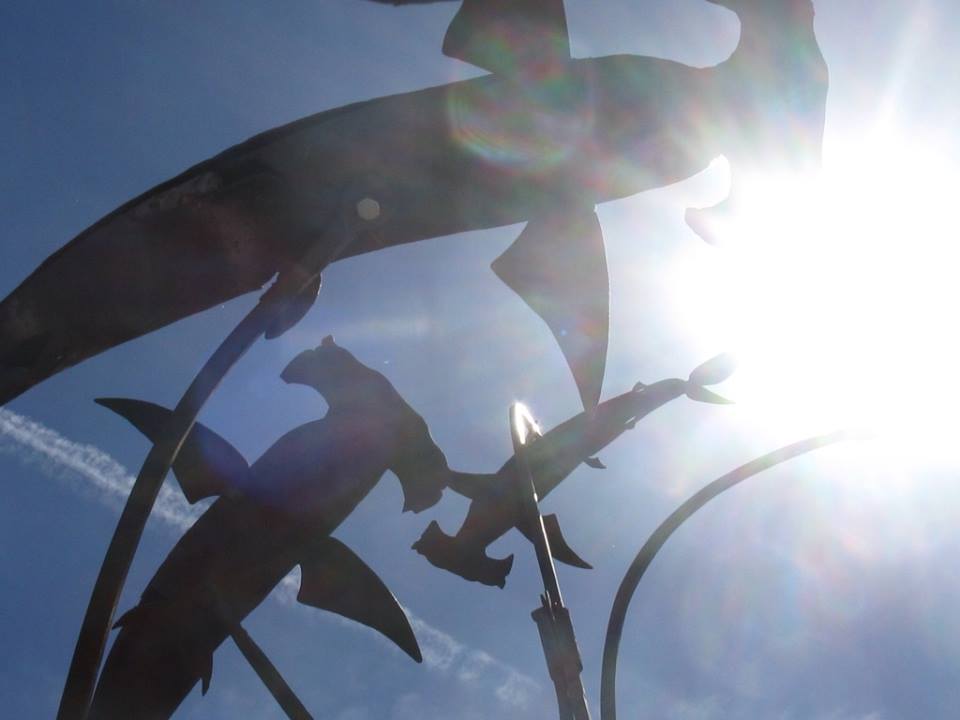 Local Santa Cruz artist Kirk McNeill along with his team of designers and fabricators have created a forged metal sculpture of hammerhead sharks dubbed the Sharky-Go-Round to bring awareness to the cruel act of shark finning. 100 million sharks are killed each year for soup. Their fins are cut off and they are thrown back in the ocean to die slowly. Sharks are at the top of the food chain in virtually every part of every ocean. In that role, they keep populations of other fish healthy and in proper proportion for their ecosystem. Where sharks are eliminated, the marine ecosystem loses its balance. This sculpture hopes to raise awareness of this issue at Burning Man 2016, and places beyond! The concept includes ten sharks turning slowly and majestically above the playa, in stark contrast to a single shark, finless and dead on the base.

On a personal note, I have slowly seen the sculpture come to life right around the corner from my own new studio space and it is impressive! The skill in the fabrication of this piece is incredible, the sharks swimming against the blue sky is beautiful and the message behind the work is dear to my heart too. #missionblue

Support this project via the Indiegogo campaign HERE…

Spread the love
Category: the dirt

2 thoughts on “Saving Sharks with Art”